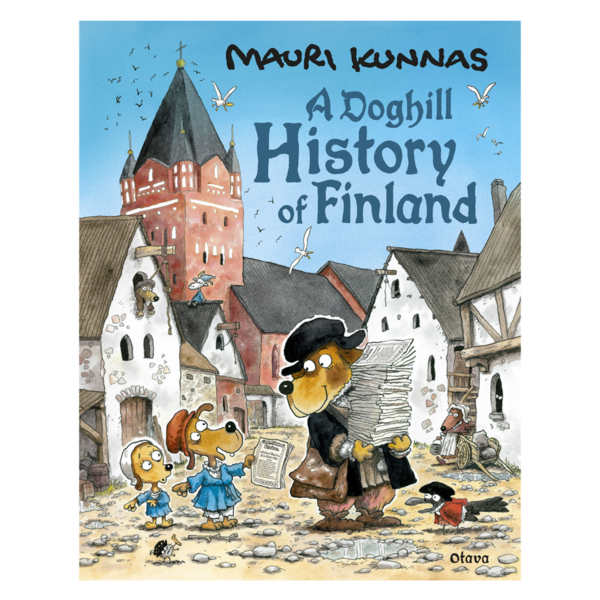 A Doghill History of Finland

Can you imagine what life was like in Finland in centuries gone by, when the country was still part of Sweden, ruled by kings named Gustav, Charles, or Frederick, or even Queen Christina? The first Finnish ABC was yet to be published, forks were the very latest dinner-table accessory, and cudgels were the weapon fo choice when the peasants rose against their masters.

The "Cudgel War" of 1596-97, dances and tournaments at Duke John's court in Turku, witch-trials, the shipwreck of the Vasa, the rivalry of the Hats and the Caps, the ups and downs of the early postal service. join in the fun as the lovable Doghill characters paint a picture of bygone Finland between the Reformation in the 16th century and the days of the Russian Empire in the mid-19th century.

Mauri Kunnas brings history alive in a colourful way that appeals to children and adulst alike. This delightful volume is a worthy successor to his Seven Dog brothers and Canine Kalevala.